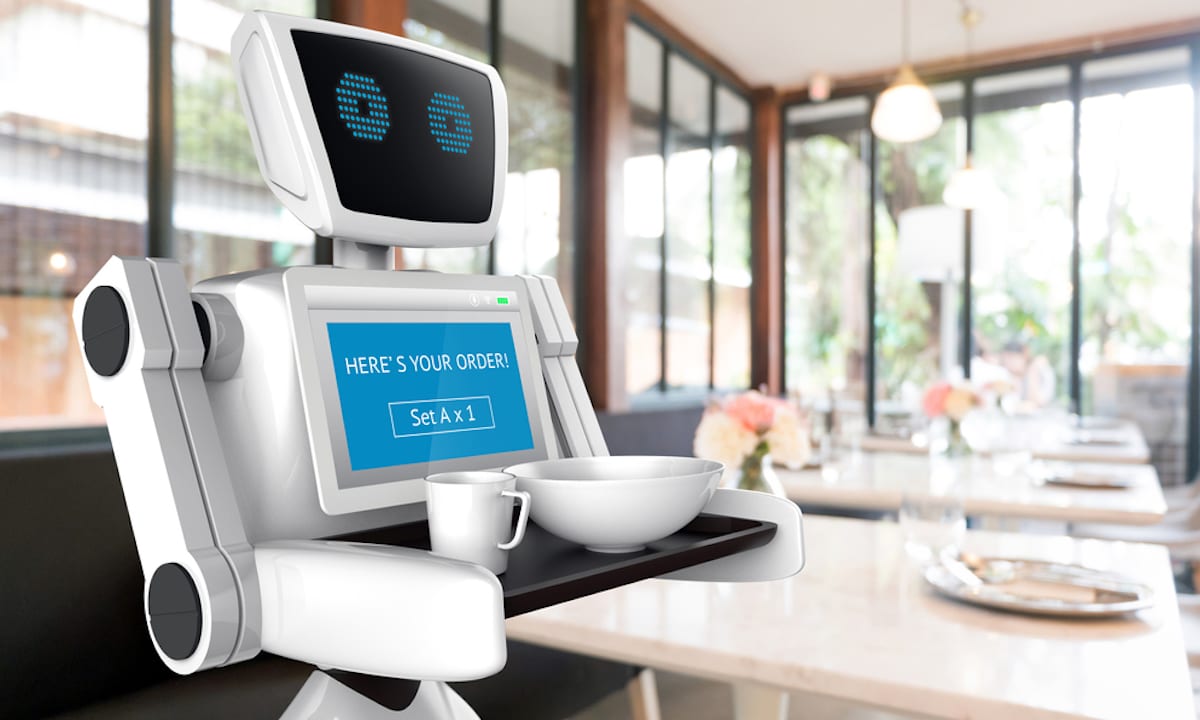 On Monday (Feb. 8), DoorDash announced its acquisition of automated food preparation company Chowbotics, creator of the salad- and food-bowl-making robot, Sally. In a company statement, DoorDash explained that it plans to offer this technology to its merchants. The acquisition marks another step in the mainstreaming of food prep automation, using robots to carry out routine kitchen tasks that traditionally were fulfilled by humans.

In 2017, Chowbotics’ founder and then-CEO, Deepak Sekar, Ph.D., told PYMNTS in an interview that the team “would like to partner with the major food service management companies to provide Sally to offices, hospitals and schools around the country.” While the company’s acquisition may not help the company reach hospitals and schools, it certainly helps bring Sally to more people.

The pandemic has rapidly accelerated the adoption of kitchen automation for both businesses and consumers. In an interview with FoodNavigator, food processing business development specialist Thomas Slaugh said the pandemic has called attention to the pain points in the food supply chain, spurring businesses to seek more forward-minded solutions and encouraging them to integrate automation into their processes. On the consumer side, tech market advisory firm ABI Research’s latest analysis found that in 2020, the consumer robotics industry saw $10.4 billion in revenues, up $448 million from pre-pandemic estimates.

Of course, salads are not the only food getting the 21st-century treatment. Robots have been emerging to automate processes across cuisines. Last week, the robotics company Austin Automation Design announced Tacomation, an automated assembly line that creates tacos, burritos and burrito bowls, personalized to customers’ specifications. In previous years, we have seen the advent of Spyce’s fully robotic kitchen, which allows consumers to watch their food bowls be prepared automatically from assembly to wok to bowl.

Automation is not the exclusive purview of bowl-based meals. London-based robotics firm Moley has created a robot that can learn a wide range of culinary techniques by watching humans carry out the process. Little Caesars has a patent for a pizza-making robot, which can spread sauce and cheese and apply toppings. These kinds of tech solutions are becoming more affordable: In the past year, Flippy, a burger-flipping robot employed by hamburger chain CaliBurger, came down from its original $100,000 price to $60,000.

David Zito, co-founder and CEO of Miso Robotics, the company behind Flippy, told PYMNTS in an interview that the robot is “an AI-powered kitchen assistant that works collaboratively alongside chefs in commercial kitchens. It works with a chef, so it works on a lot of the predictable and repeatable tasks, so chefs can focus on the things that matter to them.”

Robotic “chefs” are reportedly making increasing appearances in sit-down restaurants’ kitchens to aid their human counterparts. When these robots are properly programmed and equipped, they tend to work more quickly and accurately than humans. Restaurants (perhaps overly optimistically) call these devices “cobots” rather than “robots,” as they’re designed to work alongside human workers, taking over tasks that can be easily automated.

One such automatable task is waiting on tables. In Japan, ramen-noodle chain Korakuen uses robots dubbed “Unit K-1” to deliver food to customers’ tables. (Diners have to take the food off of K-1’s shelves themselves.) Meanwhile, U.K. eatery Robotazia – reportedly the nation’s first sci-fi-themed restaurant – features a robotic wait staff built from recycled waste that is programmed to discuss the menu and serve items.

As demand for contactless solutions remains high amid the pandemic, and as the technology to automate foodservice becomes increasingly accessible, we expect to see more mainstream adoption of kitchen robotics. For more on how restaurants are adopting new technologies to meet the evolving needs of the foodservice industry, check out our Order to Eat series.