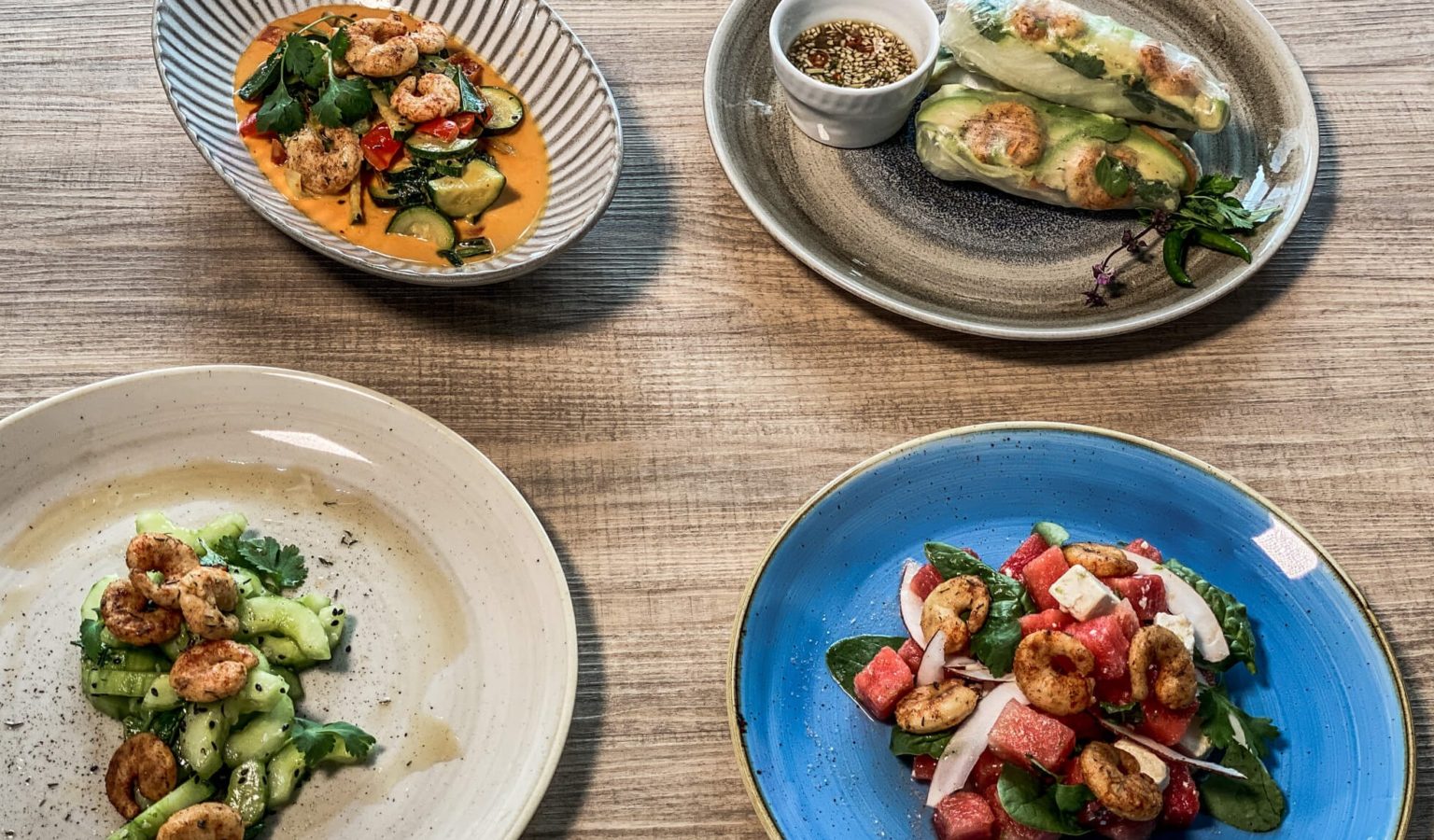 That is, until the voice of Julian Hallet, together with Robin Drummond founder of Happy Ocean Foods, explains, “This may look like a shrimp, but it isn’t one. In reality, it’s plant-based substitute made from red and green algae, mung beans, soybeans, sea salt and agave syrup.” How is it possible to so effectively deceive the senses? Will this all change after the first bite, or will it taste just like you expect? This is what star chef Florian Hartmann, Daniel Klaus from KTCHNrebel and Sascha Barby from RATIONAL wanted to find out. So they started cooking like crazy. Vietnamese summer rolls, Japanese cucumber salad, melon feta salad, red Thai curry and ceviche were all on their vegan menu.

The verdict? According to Florian Hartmann, they were rewarded for their effort. Here’s his opinion in detail:

The plant-based shrimp is very similar to the real deal. It weighs around 0.3 oz. and its size, shape and color remind you of boiled crayfish at first glance. This is his recommendation: If you make it a little bit bigger, it will also gain in value.

When it comes to the vegan version, it makes no difference whether it is fried or raw.

Happy Ocean shrimps can be prepared just like the real thing. They can be fried, cooked, or even served raw. The manufacturer’s recommendation is to fry them.

All three testers were amazed by the way the plant-based shrimp combine with other ingredients. It can absolutely hold its own against the real thing. Its bite was just right as was the consistency on the tongue, and it has a faint flavor of the sea.

The plant-based version can be used in the same way as the animal product. This includes as decoration, in salads and curries, etc. In this case, the imagination truly knows no bounds.