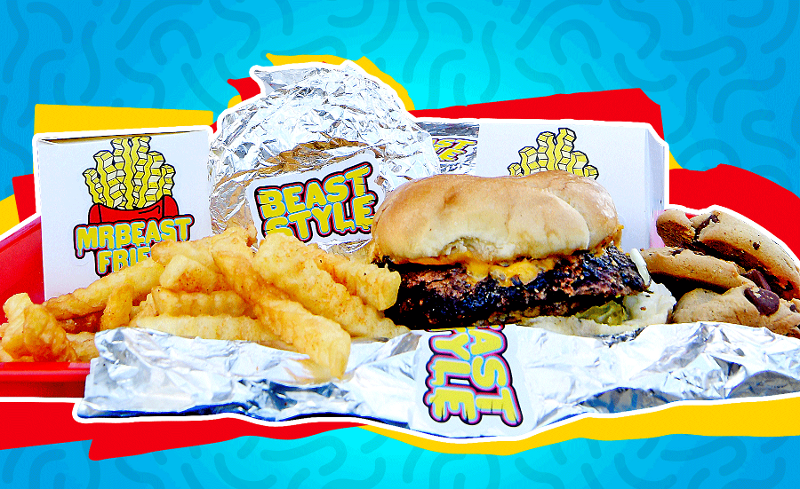 I have a confession: Until a few weeks ago, I had no idea who MrBeast was. I’m not much of a YouTube watcher and am limited to whatever personalities I learn about second or third hand.

I know who he is now, though: The personality behind what is perhaps the most important restaurant chain in the U.S., at least for now.

MrBeast, otherwise known as Jimmy Donaldson, helped create MrBeast Burger along with the restaurateur Robert Earl. As my colleague Joe Guszkowski noted recently, the virtual concept opened with 300 locations in December. The company’s app quickly surged to the top spot on the Apple Store among food and beverage apps—on Friday it was 29th, ahead of such chains as Wingstop and Panda Express.

The concept’s incredible early popularity is a test of the potential of virtual concepts, and whether such concepts can get off the ground without the benefit of a big chain and its existing infrastructure. If these early returns prove to be lasting, MrBeast could well launch an awful lot of competitors. It may already be doing so.

Why? Because the success of a virtual brand like MrBeast could offer a new route to success in the restaurant space without all those pesky capital costs. If an investor can devise a virtual concept that can get attention without traditional brick-and-mortar locations, that changes the game in the restaurant business. That could potentially bring in a flush of cash into the space. It could also make it that more difficult for traditional concepts starting out the old-fashioned way to get funding.

To understand this, go back to 2019, when a decidedly non-virtual concept, Popeyes Louisiana Kitchen, introduced its chicken sandwich. A single tweet about that sandwich led to an explosion in interest and one of the best quarters a single restaurant chain has ever seen. In two years, that restaurant chain has generated $1.3 billion in sales.

“You have social media now,” Mark Wasilefsky, head of TD Bank’s restaurant franchise finance group, told me last month. “In the old days the only way to get food out to the people was to have a great restaurant and to make great food. People would talk about it. They’d put an ad in the paper, radio or TV.

“Now look at what happened. It was a social media explosion. If you have a good product, people like it, they’re going to tell people about it. You can build a brand without anybody walking into your store. That’s unique.”

Traditionally, restaurants needed to create a concept, find a location, build it out and then use local marketing to get people into the store, then hope it works. A virtual brand takes that buildout out of the equation. To be sure, they generate a lot less cash because consumers aren’t walking in. But the lack of buildout costs could help a concept get off the ground, which could lead to a brick-and-mortar location down the road.

To be sure, virtual concepts can be like playing a lottery. There is an estimated 100,000 virtual concepts out there, according to Sterling Douglas, CEO of the tech firm Chowly. The likelihood of starting a concept that goes nowhere is rather high. But if you don’t have to take out a massive loan for that virtual concept, the risk of failure is quite low.

Still, it helps to be connected with someone that has a following.

Earl has been working with a number of celebrities on concepts—his friend Guy Fieri, with whom he works on the concept Chicken Guy, is now behind a virtual brand, as is Mariah Carey and the rapper Tyga.

MrBeast, however, has 53 million subscribers on his YouTube channel, and Sullivan was able to tell them to try his burger. The locations sold out quickly, and the concept is still getting buzz.

It remains to be seen how well MrBeast Burger does over the long term. Quality still matters with virtual brands—they have to keep customers coming back, after all—and burger customers aren’t exactly without options. What’s more, delivery is still a small percentage of the overall industry and virtual brands will depend heavily on customers still ordering it at an elevated level post-pandemic. I remain skeptical it does.

Plus, 300 virtual locations is just not the same as 300 brick-and-mortars.

Even if MrBeast doesn’t succeed in the long term, its potential is there. And that could bring in investors eager to take their own run at such an idea.