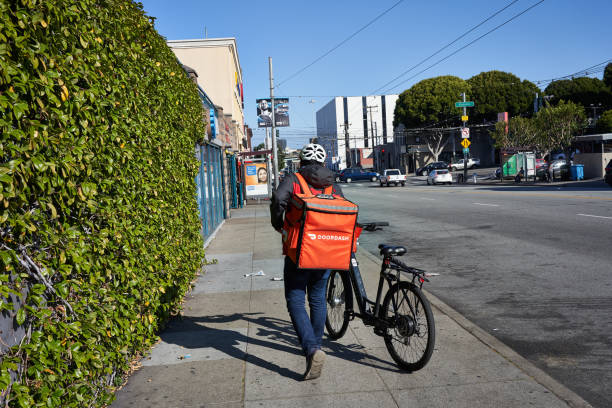 It Should Go Without Saying, but Please Don’t Scam Restaurants Right Now

The restaurant industry might be in dire straits, but that’s not stopping some people from scamming small business to get free food. According to a report in the LA Times, an increasing number of customers have been filing credit card disputes on meal charges, falsely claiming that their order was missing items or that it never arrived. Credit card companies typically favor cardholders in these incidents and will issue refunds that the restaurants then must pay for, or in instances where the delivery person is blamed, someone might lose their job.

The most egregious story comes from the restaurant Spoon by H, whose owner, Yoonjin Hwang, says she will have to close at the end of the month because she’s lost so much money to this kind of scam. In one instance, a customer put in an order for more than $700 through Tock, and then claimed fraud. Hwang sent photo evidence of the order being prepared and the customer’s confirmation, but still lost her appeal with Visa. She started taking photos of every interaction, but was told by Tock, “Despite presenting supporting evidence, the issuing card company often sides with the consumer, even in cases that may be fraudulent.”

It’s unclear how many of these orders are people engaging in fraud (say, using someone else’s credit card), and how many are customers pretending that they didn’t get what they ordered to try to get a delivery for free. Credit card fraud is on the rise in general, and because of the pandemic, more orders are taking place without direct contact between the restaurant and customer. Third-party delivery apps like DoorDash and Postmates widens that gap and provides other opportunities for scams, even with apps that employ safeguards to ensure honesty from both the customer and the driver. DoorDash, for example, allows restaurants to press a button to confirm an order has been picked up, but other apps only let a restaurant acknowledge if an order has been received.

Drivers for third-party apps have also complained of facing repercussions, such as their accounts being suspended, by customers falsely claiming that an order wasn’t delivered. With contactless delivery now available, drivers are sharing stories on Reddit of times when they were asked to leave meals at the door, only to have them reported undelivered. “I followed the delivery instructions when I got there, left it on their door step, took a picture of the food, then knocked on their door and left,” wrote one worker two weeks ago. “Well, I get a message in door dash saying that they reported their food ‘not delivered’ but I definitely did, and now my account is facing deactivation.”

There also seems to be little recourse for delivery personnel who find themselves accused of not delivering an order. In a video recently shared by the Daily Dot, a Doordash driver accuses a CVS employee of marking her food as not being delivered when it was. “I get in trouble and have to pay for it and lose my job,” says the driver in the clip, allegedly providing proof on the app that the delivery was made. According to Doordash, drivers are responsible for photographing drop-offs. “When a customer reports that you have not delivered an order, we will review the delivery details to ensure that the above actions were taken,” says Doordash. “In cases where you have not completed these steps, your account will be eligible for deactivation.” Because of the CVS confrontation, the Doordash driver lost her job.

For what it’s worth, customers have experienced the reverse, with a driver claiming an order was delivered when it wasn’t, or missing food from an order. But in those cases, the delivery app typically awards a refund or a credit, operating — as with credit cards — under the assumption that the “customer is always right.” That ethos has always enabled the disenfranchisement of food workers, and now automatically siding with the customer can cost people their livelihoods and businesses.

The pandemic has led to one in four households experiencing food insecurity over the past year, which could mean that some of these examples of fraud are being committed out of desperation rather than greed. If that’s the case, it highlights just how tragic it is when a base human need like staying fed becomes a matter of capital (especially while grocery stores are dumping thousands of pounds of food and refusing to let activists redistribute it to those in need). Everyone in this situation — restaurant owners, workers, customers — is pitted against each other. “It took a huge toll on me mentally, because I found myself becoming more skeptical of large orders,” Hwang told the LA Times. “It pains me to think that I would grow so suspicious of our customers, and that is not how I want to do business.”

Covid Spotlight: People are using credit card disputes to get free meals and it’s putting restaurants out of business